From one of the most coveted growth stocks to one of the riskiest investments, Air Canada stock has seen quite a shift in the last decade – though it remained in the spotlight either way. It’s one of the most talked-about and actively traded stocks on the TSX.

The unique blend of competitive advantage and dynamic stock activity it offers make Air Canada an investment that every Canadian investor must consider. But despite being a clear industry leader, it’s not the right stock for every investor. 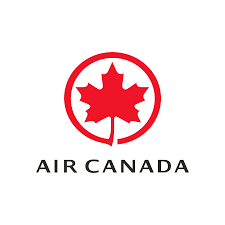 Despite being an industry leader and a former, powerful growth stock, Air Canada has slumped and stagnated – A situation that might not change for years.

Air Canada can trace its roots back to 1937 when it was established through an act of the Canadian parliament act and was christened Trans-Canada Airlines. Back then, it was the subsidiary of the Canadian National Railway.

It was the flagship carrier for the country, and the first government-subsidized airline in the country, but it wasn’t the first airline. That honor goes to Western Canadian Airways. Trans-Canada airline started the fleet with Lockheed 10A Electra aircraft, capable of transporting ten passengers.

The name Trans-Canada airline was changed to Air Canada in 1965. It earned the status of an independent Crown corporation in 1976.

The benefits that came with being the premier Canadian airline and government backing continued till 1987 but started declining when the government eased regulation regarding the airline industry.

The airline’s financials were supposed to turn a corner, but they couldn’t, and the airline continued to operate in deficit for a while, even after its takeover of Canadian Airlines in 2000.

The 9/11 attack hit Air Canada pretty hard, along with other airlines, and it cut a lot of jobs and grounded most of its fleet to stay afloat but had to file for bankruptcy in 2003.

Air Canada was restructured and resumed operations in 2004, under new ownership. Things went downhill again near the recession, and the Air Canada stock remained stagnant (and in lower single digits) until 2013, when it started lifting off the ground.

Company’s Size And Presence In The Sector

The next largest is the Canadian North at 3.2%, which indicates that there is a duopoly in the domestic air travel market, with only two players controlling 80% of the market.

While the numbers are not specific, it’s well understood that Air Canada controls the largest share of the international air traveling market in Canada, and the gap there is significantly larger than what it is in the domestic market.

Up until a few years ago, airline businesses, especially ones as stable and as dominant as Air Canada, wouldn’t have been considered volatile per se. But all that changed when the pandemic hit.

The demand in Canada slumped by a great margin, and its impact on Air Canada stock was phenomenal. The company had to lay thousands of people off, ground the bulk of its fleet, and it still bled millions by the day.

The pandemic revealed some vulnerabilities and future patterns that might contribute to the risk profile of the investment going forward:

The pandemic started a shift towards remote meetings and virtual business communication. Businesses adapted to the remote environment, and many of the remote activities will become a permanent part of businesses in the future.

As we advance, technologies like smart contracts may even cull the need for someone to travel to another location to sign important documents. This points towards a slow but steady decline in business travel.

So the pandemic and the fear of pandemic impacts both leisure and business travel (but mostly leisure), and a shift to remote business practices impacts work-related air travel. This indicates a slow decline in the air travel demand going forward; a reality Air Canada will have to adjust to.

The pandemic allowed Air Canada to cultivate/focus on a relatively overlooked revenue stream: Cargo. Thanks to the e-commerce boom, which only accelerated during the pandemic, the need for fast air cargo grew, and it’s likely to keep growing until the e-commerce market matures.

Air Canada has the fleet, resources, and international reach that it can leverage to establish a significant presence in this arena, not just within Canada but in some foreign markets as well.

Metrics To Look Into

Every investor and investment expert might have a different set of metrics they use to analyze an airline stock like Air Canada, and it is a good idea to look into all of these metrics, but it’s also important to keep the Canadian airline industry’s unique competitive landscape in mind.

Its greatest competitor (Westjet) is not a publicly-traded airline itself but a holding of an asset management company (Onex). And the two other airlines that are publicly traded (Chorus and Trans AT) are not size-wise competitive. Such comparative metrics like price-to-earnings might not be much help.

Given specific risks posed by the airline stock, metrics related to volatility and financials are important.

Beta: Understanding how correlated or disassociated the Air Canada stock is with reference to the broader market is quite important. A high beta (like the one the stock had during and after the pandemic) indicates the level of volatility that most conservative investors might not be comfortable with.

Free Cash Flow: It’s calculated using operating cash flow and expenditure, and it’s helpful in evaluating airline stocks like Air Canada because they are expensive businesses and operations are quite costly. A negative Free Cash Flow might not be as alarming for an airline stock as it might be for other businesses.

Quick Ratio: Since Air Canada faced solvency issues in the past and was quite near that stage during the pandemic, it might be a good idea to look at the quick ratio when you are thinking about buying into the airline.

If the ratio is too lopsided, you may want to look for other prospects. But remember that as the premier airline of the country, Air Canada may get more rope from creditors than smaller airlines.

Note that Air Canada is purely a growth stock. It doesn’t pay dividends, and its volatility makes it an unfit choice for capital preservation.

And growth can be triggered by speculation just as easily as it can be triggered by a company’s organic financial growth. So apart from these metrics, you have to look at the market perception/sentiment regarding the airline and the sector in general.

Air Canada doesn’t pay any dividends, and it’s unlikely to change in the future.

The last decade has been quite dynamic for Air Canada stock. Before the pandemic battered down the airline sector, it was considered one of the most amazing growth stocks trading on the TSX.

If someone had bought into the company when it hit rock bottom during 2012, and the stock was trading well under $1, they would have grown their capital as much as 60 times by selling at the top (2020 peak). But even the best-case scenario aside, the stock was growing at a phenomenal speed.

However, the pandemic and the post-pandemic market have pushed the stock down to a fraction of its former self, and it may be several years before the stock regains enough investor confidence to start growing at its pre-pandemic pace.

The Air Canada stock forecasts for 2025 are quite mixed. Some experts predict it going to and even above its pre-pandemic peak by 2025. In contrast, others predict a bleaker price range: $20 per share or lower.

However, if you take the airline’s own prediction about business returning to the pre-pandemic level by 2023, it makes for a relatively optimistic outlook.

It might be very difficult for Air Canada to reach or go beyond its pre-pandemic levels, but if the airline starts turning things around (financially) in any 2022 quarter, then there might be hope for the stock reaching somewhere near $40 by 2025.

And if it goes through further consolidation of the industry, i.e., buying Trans AT, the stock may grow a little faster.

The competitive landscape in the Canadian airline industry can hardly be called rich.

Chorus Aviation has never been Air Canada’s true competitor in terms of size, market reach, market capitalization, and even capital appreciation potential. It’s a much smaller player, and even though it doesn’t bear as much of the brunt of the bad market conditions as Air Canada does, it also doesn’t offer the same upside.

It did offer dividends once, but that chapter will likely remain closed for the foreseeable future. However, due to its small size, its recovery-fueled growth and short-term growth spells might be better than Air Canada, but for the long-term, the larger airline is the clear winner.

It’s not a fair comparison because even though Onex owns West Jet, it’s a very different business from Air Canada. It’s an asset management company with a diverse profile and strong financials, and it’s quite stable compared to Air Canada.

It’s also a decent dividend stock, though, in the right market conditions, its capital appreciation potential can’t hold a candle to Air Canada. On the flip side, it is likely to fare much better than Air Canada during harsh market conditions.

If Air Canada tries to make waves in the Canadian air cargo business space, Cargojet would be its main competitor. It’s the largest overnight and time-sensitive cargo service in the country and already has a mature and stable business.

However, Air Canada has more resources, and if it diverts more attention towards the cargo, utilizing its established routes and repurposing more of its passenger airplanes for cargo, it might give serious competition to Cargojet.

But unless Air Canada’s cargo wing grows close enough to its domestic or international travel revenues, it might not give the stock the boost it would need to revert to its glory day’s growth pace.

How To Buy Air Canada Stock In Canada

Air Canada is the clear leader of the sector, which is both a blessing and a curse for the stock. From a stock market perspective, it is the airline sector. So the risk and potential upside both are inadequately spread-out, which is a boon in the right market conditions and quite risky in the wrong ones.

It can be a powerful addition to your portfolio, but it’s an investment that should be undertaken after due consideration.

If Air Canada is not the right industry leader stock for you, this banking king may be a better fit.