Many investors assume that, like digital banking is killing brick-and-mortar banking, streaming services will end theaters. But there is one key difference.

Theaters are more than just a costlier, more time-intensive big-screen streaming service – they are an experience. That’s why the number of screens has grown in the US in the last decade, though by a small margin.

However, it’s a reality that should not be ignored, especially when looking into investments like Cineplex stock. 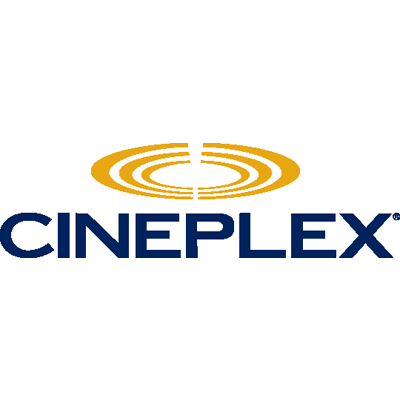 Cineplex is a leader in the Canadian theater industry, a market streaming services are negatively affecting as a whole, so its recovery potential is uncertain.

Cineplex can trace its roots back to 1912 when one of its original constituents, i.e., Famous Players Film Company, was established in the US. It expanded into Canada in 1920 by purchasing a local theater chain from NL Nathanson.

A different constituent of the current Cineplex, the name Odeon Theaters was born in 1941 and became Canadian Odeon in 1978.

The Cineplex corporation name was born in 1979 when Garth Drabinsky and Nathan Taylor established the first Cineplex theater. They merged with the Canadian Odeon in 1984.

It was then acquired by Loew’s Theater in 1998, went bankrupt in 2001, and merged with Galaxy Entertainment in 2003. It acquired another company in 2005, bringing the total number of theaters to 166.

The company kept growing and established a solid national presence over the years.

It was supposed to be acquired by Cineworld, the second-largest cinema chain in the world (after AMC), in 2019, but the deal got paused due to the pandemic then falling through.

Cineplex filed a case against Cineworld and won (though the latter is appealing) for about $1 billion, which was more than its market cap in May 2022.

Cineplex has an impressive national presence. It has dwindled a bit due to the pandemic but not by a significant margin. It has 165 theaters at the end of 2019, and now, the number is down to 160, with a total of 1,652 screens.

That includes a decent number of VIP Cinema, IMAX, and UltraAVX screens for a powerful experience.

Geographically, the highest concentration is in Ontario, with BC and Alberta in second and third place, but the company has a presence in all ten provinces.

The company has been focused on diversifying its revenue stream, including theater food service, alternative programming, and e-commerce.

It has also invested in/acquired other amusement solutions. And though it still makes up a small portion of the revenue, it’s steadily growing.

Considering the hit Cineplex and other cinema/theater companies took during the pandemic, the risk seems relatively high.

Combine it with the fact that streaming services were gaining momentum well before the pandemic (which massively accelerated adaption); it might seem like the days of cinema are over.

However, it may not be the case in the future. The AMC theater attendance saw a massive spike in 2021 (compared to 2020), though it was still far from the peak 2019 levels (356 million viewers).

But with more exclusive deals in place and significant studies prioritizing theater releases over streaming services can shift the trend in favor of companies like Cineplex, and given enough time (and enough hits), we may see the attendance numbers rise back to the pre-pandemic levels.

But the streaming services cutting into the competition is a real threat. If Cineplex doesn’t start diversifying its revenue streams more aggressively to adapt to the changing market, the risk to the investors will remain higher.

Revenue: The first thing to look for in Cineplex is its revenue compared to the benchmark revenues of 2019. Another smart thing to do would be to analyze the revenue mix to see how much of it is from screening services alone and what is coming in from other sources.

Beta: The stock has been quite a contrarian to the market since the pandemic, resulting in high beta. Keep an eye on it to see if it’s normalizing again.

Debt: Cineplex already has a high debt which will take a significant amount of time to reduce. You should see whether it is being reduced or if the company is taking on more debt.

It stopped paying dividends after January 2020. Before that, the company did raise its payouts for at least eight consecutive years. If it restarts paying its dividends, it will become a solid new attraction for the stock.

The Cineplex stock has gone through three significant phases since 2008. The first was consistent growth when the stock rose 300% between Oct 2008 and May 2017.

Since 2017, it was mostly downhill for the stock until the Cineworld purchase offer (at a premium) was announced, and the stock jumped over 50% in under a month.

Then, the combined weight of the offer being pulled from the table and the pandemic-driven revenue crash pushed the stock down again.

Even though Cineplex has started experiencing financial recovery, it’s still far from the pre-pandemic levels.

It might take several quarters from now before Cineplex’s revenues reach that level again if they reach it at all. Even then, the fear of streaming services taking away a massive part of the business will still be there.

Since Cineplex is a lone wolf when it comes to publicly traded theater companies in Canada, there are no true competitors and alternatives here. The best match is across the border:

As a Canadian investor, you might consider investing in a US stock, and one true Cineplex alternative would be AMC. Compared to Cineplex, AMC is a giant with the largest number of screens and a massive presence, mostly in the US.

It has enough presence to win exclusive screening rights for major releases, which is a strength Cineplex can match for Canadian screens, though not at the same scale.

The AMC stock is just as devastated as Cineplex, but AMC might outpace Cineplex if theaters experience a recovery.

Corus Entertainment casts a much wider net than Cineplex, even though both are in the entertainment business. It has a strong TV and radio presence, but it’s now focusing more on creating content for other channels and media outlets.

This allows it to benefit from the advent of streaming services, something the Cineplex stock is getting devastated by. The stock’s performance has been just as poor as Cineplex’s, but it plays dividends at a healthy yield.

How To Buy Cineplex Stock In Canada

Q-1: Will Cineplex stock rebound/go up again?
Ans.: Yes, but it’s highly unlikely to reach its all-time high peak of 2017.

Q-2: Will Cineplex be acquired by another company? Will it help the stock?
Ans.: It’s a possibility. And if it’s by a chain like AMC, the anticipation alone can boost the stock’s value by a significant margin, as it did at the end of 2019.

Cineplex stock recovery is tied to the recovery of a whole industry and a change in entertainment trends among the audience.

But since it’s the premier theater company in Canada, it stands to benefit most if recovery to the good old days of theaters and large screens is really in the stars.