The first unmanned air vehicles (UAVs) were created and tested in 1917 (radio-controlled) for the first world war (though never actually used in combat).

Throughout history, drones retained their military pedigree for surveillance and other, more violent uses. It was only earlier this century (2006) that the drones started entering commercial and hobbyist space.

And even now, drone delivery is a budding industry going through the early-stage challenges. And if you want to invest in this promising industry, Drone Delivery Canada stock can be the perfect instrument. 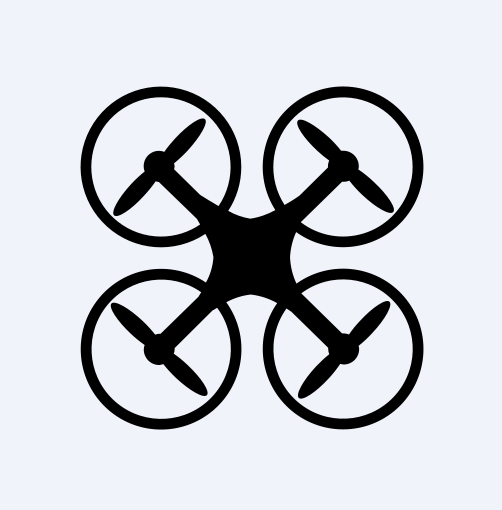 Drone Delivery Canada stock gives you a chance to invest in a budding technology that may become huge in the future but comes with a unique set of risks.

Drone Delivery Canada started in 2014. It originally started trading on the Canadian Securities Exchange (CNSX) in 2016 and was later listed in the junior Exchange (CVE).

The IPO and the funding the company got compared to what it had initially spent on developing the business and R&D raised some red flags but has grown into a promising business. Even by 2016, it was the first business of its kind in Canada.

In 2017 it established the first UAV test range in the country, approved by Transport Canada. It also successfully conducted Canada’s first Beyond Visual Line of Sight (BVLOS) the same year (and got permissions for commercial BVLOS flights in 2020).

Later testing included its technologies, i.e., different drones with their individual ranges and weight carrying capacities. It opened its commercial operations center in Vaughn, the first of its kind in the world.

So far, the company has received six patents from the US patent office regarding its technologies and is ISO 9001 certified.

Drone delivery is a budding industry. There are a lot of technological and logistics issues that need to be worked out before it becomes a mainstream delivery solution for the last-mile deliveries.

Several companies are working on this, especially in the US, but relatively few are built around drone delivery solutions specifically.

The most significant players in this arena are companies like Amazon, DHL, UPS, etc., e-commerce, and delivery companies that already have a significant presence and footprint to take these initiatives with the last-mile deliveries.

Several other companies in the US are working in this space as well, but few are offering complete turnkey autonomous drone delivery solutions like Drone Delivery Canada, and there are no significant competitors in the country so far.

The company is spreading its reach locally and is initially targeting remote communities that are naturally suited to its operations.

But it has massive penetration potential and is even spreading its international reach (even though it’s in preliminary stages) as far as India.

In order to understand Drone Delivery Canada better as an investment, it’s important to understand the technologies it has and the services it offers.

Once in place, the idea is that the system will work with minimal or no human intervention. The company currently offers three different drones (four but the specs of two of them overlap):

These offer practical delivery options for more than just the last-mile deliveries.

The risk of investing in a Drone Delivery System is higher than what it is for most startups for a variety of reasons.

For one, it’s not purely a software solution that tends to have a lower overhead and better income consistency thanks to its subscription-based income. The company’s income is tied to potential customers purchasing the solutions and hardware and paying for support.

Though in the future, the company may start offering leases for their drones and subscription services to their FLYTE software.

The company is not yet generating a positive revenue, but it’s important to note that it also doesn’t carry any debt and enough income for at least six quarters (based on Q1 2022 numbers).

It hasn’t faced any major regulatory challenges yet and is unlikely to do so in the future, so that’s not a risk angle yet and likely won’t be unless there is an accident.

One of the main challenges the company has to suffer is the cost and delay of adaption.

The technology might be ideal for some population denominations, like remote communities, but that’s a small, relatively modest market. And on the mainland, there is more competition than just conventional delivery services (Time Mile).

However, the paralleled strengths of drone delivery, like the ability to traverse large distances by directly flying there, green energy footprint, and minimal human intervention requirement, can outweigh many of the risks and ensure that early adopters will take advantage of the company.

The unique nature and challenges of the business make it difficult to gauge from a conventional perspective of metrics.

However, you might consider keeping an eye on its revenue, debt, and cash on hand to ensure that the company is not running into financial trouble.

Like most micro-cap stocks, the Drone Delivery Canada stock can offer amazing returns when it’s bullish, but that’s a relatively infrequent occurrence. The stock has been cyclical so far.

In the last five years, it has spiked twice, rising over 470% and 260%, respectively. It wasn’t a steady decline between the two spikes but rather a series of crests and troughs.

So if you buy low, you are likely to get a chance to exit your position with minimal loss, even when it’s generally on the decline.

It can also be triggered by a major contract or the company going cash positive before 2025, giving investors a more realistic view of its valuation.

However, it’s important that since the growth will not be linear, the stock might arrive at the $2 price point well before 2025.

The Saskatoon-based Draganfly is a relatively older company, and the stock has been trading on the CNSX since 2019.

The main difference is that Draganfly is essentially a drone technology company, with delivery being just one of its offerings.

This can be considered a major strength since it has a diversified business model and can find room for revenue generation in avenues like surveillance and mapping etc.

How To Buy Drone Delivery Canada Stock In Canada

Q-1: Is Drone Delivery Canada A Good Buy?
Ans.: Yes, if you can buy low and hold it for long enough that its strengths start paying off.

Q-2: Are There Other Stocks Like Drone Delivery Canada?
Ans.: Not yet. There are other companies in the drone delivery space, but none offer the same level of implementation of drone delivery solutions.

Drone Delivery Canada stock can be a powerful holding for investors that believe in the technology, have the necessary risk tolerance, and can wait it out till the technology actually becomes mainstream and the company becomes cash positive.

Its early bird advantage and focus on autonomous flights are considerable strengths that can push this stock through the roof if there is enough market penetration and no competition till then.

Drone Delivery Canada stock is on Wealthawesome’s radar, and we are excited to see where the stock will go in the next few years.