Even though the market capitalization is a fraction of what it used to be in its glory days and its revenues and income are pretty paltry, Aurora Cannabis is still a massive company with multiple brands under its name. Medical cannabis is its forte, and it has four brands in this segment, including Aurora itself. 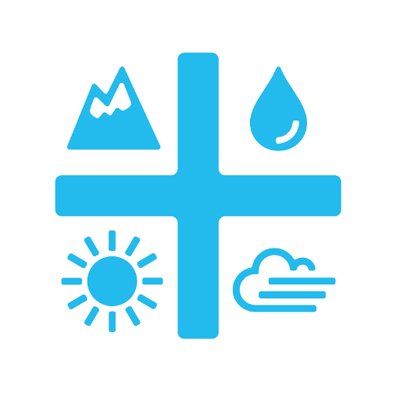 Aurora Cannabis is a relatively risky marijuana stock that offers powerful return potential in case of a prolonged sector-wide recovery.

Even though the market capitalization is a fraction of what it used to be in its glory days and its revenues and income are pretty paltry, Aurora is still a massive cannabis company with multiple brands under its name. Medical cannabis is its forte, and it has four brands in this segment, including Aurora itself.

Like most marijuana companies in Canada, Aurora Cannabis is relatively young. It started out in 2006 by four founders in Alberta, and the first facility was established on a 160-acre piece of land. In 2014 it became the first Alberta-based cannabis producer with a federal license. It also got the license to sell medical cannabis in the same year.

In 2017, the company got the green light from Health Canada to sell cannabis oil which it had been working on since 2016. It was also listed on the TSX in 2017. By the time of marijuana legalization (2018), Aurora controlled one-fifth of the entire market. It stayed one of the three largest cannabis companies in Canada for a while.

Its growth was fueled mainly by its aggressive acquisition strategy, including one in 2020, which allowed it to enter the US market, and it has made about 12 significant acquisitions to date.

In the first quarter of 2022, Aurora was 13th among the largest cannabis companies in North America (by market cap), which is quite a fall from its former glorious position. But even in its beaten-down condition, Aurora still has the number one market share in the Canadian medical marijuana industry (by revenue).

It also has a decent presence in the US, with one of its CBD brands leading the polls. It also has a presence in Europe (including one production facility with a 10,000 kilogram a year production capacity), which is gradually expanding. Overall, there are about 12 markets it caters to.

Aurora Cannabis is riskier than most other stocks for several reasons. For example, its beta is usually too high. It also carries a heavy debt, though its cash and short-term investments usually balance it out.

The financials haven’t been steady for a while, and then Aurora faces certain market risks like all other cannabis companies.

Two of the main risks or factors weighing the company down are:

One opportunity for Aurora, in fact, the cannabis market in Canada as a whole, is US federal government legalizing marijuana. A massive market just across the border in this era of e-commerce can give a significant boost to the sales/revenue potential of companies like Aurora. Even if it doesn’t translate into sales numbers right away, the optimism surrounding that decision can significantly impact the stock’s performance.

Revenue and Net Income: If revenues are growing at a decent rate, it means the company is gaining traction in its respective margins. If there is net income instead of net loss, it shows effective financial management.

Liquidity: A decent amount of liquidity means that the company may not have to dilute its shares or take on more debt to fund its growth.

The company does not offer dividends.

Like most other marijuana stocks, it soared twice in 2018, thanks to the legalization of marijuana, and once in 2019, and it has been going downhill ever since. The three spikes resulted in over 500%, 125%, and 90% growth, respectively.

However, since the downfall from 2019 was quite brutal and the stock fell over 90%, even relatively small bullish runs usually result in 100% or more growth, and there have been two such bouts since 2020.

An important factor to consider here is that Aurora has brutally diluted its shares to fund its acquisitions, and this “ghost” may haunt the share performance for quite a while.

Since the performance of Aurora Cannabis is tied to several different market factors, many of which are difficult to predict, it’s difficult to forecast how the stock will be performing in 2025. The two most likely scenarios are:

Scenario 1: The stock will be in the state of a general decline, though any optimism in the market might give it a little push, and the price might go up 100% or more in a matter of months. But it might not stay up for long and start declining again. This can happen once or even twice by 2025 (and in 2025).

Scenario 2: The cannabis industry starts recovering as a whole. Initially, it might give a rapid boost to Aurora as most people will try to buy it cheaply. This might push the price up rapidly in a matter of weeks. However, once the initial optimism dies down, there would come the dip and stagnation.

To capitalize on either scenario, you need to buy when it’s in a rut. And even though there is very little probability, if the stock can reach its all-time high by 2025 and you buy it at $4 or lower, you may see over 4,000% growth.

Aurora’s direct competitors are Canadian cannabis giants. Though there are many names, including US-based Green Thumb and Curaleaf Holdings (they trade on the CNSX in Canada), the two that stand out the most are Canopy Growth and Tilray.

Canopy is far more extensive than Aurora in terms of market cap and revenue, both of which are more than double that of Aurora. However, Aurora is more financially stable, and its losses are significantly smaller compared to Canopy’s, even if we adjust for size.

Canopy stock hasn’t fallen nearly as much as Aurora’s from its last peak. In terms of market volatility, Canopy is substantially better than Aurora. However, Aurora wins when it comes to the medical marijuana market, which is smaller in size than recreational, but far more stable and offers better margins.

Tilray came into being after the successful merger of Aphria and Tilray. The new Tilray is also forming an alliance with Hexo, which will make it significantly more powerful. It also has a presence in 20 countries and about 20 brands to its name.

It also has substantially higher revenue and market cap and is much more financially stable compared to Tilray. And since it’s almost as heavily discounted as Aurora, the growth potential in the case of a sector-wide recovery might also be a shade better. Between the two, the scales dip quite heavily in Tilray’s favour.

Q: Will Aurora Stock Ever Recover?

A: Yes. A sector-wide recovery, combined with the measures Aurora is taking to control its financials, can trigger a decent recovery. However, the stock might not reach its all-time high valuation any time soon.

Q: Is Aurora The Best Marijuana Stock In Canada?

A: No, but it’s one of the best stocks which, under the right market conditions, can offer outstanding returns if bought during a dip.

Aurora Cannabis is a risky bet as its aggressive dilution and the overall state of the cannabis industry in North America have been weighing it down. However, the stock can offer decent growth (both short-term and long-term) if you buy it for as cheap as possible and hold on to it for long enough.

Aurora stock gets a Wealthawesome “buy” signal but only for risk-tolerant investors.