Thinking about attending a coding bootcamp at Lighthouse Labs?

Maybe you want to switch careers, or maybe you are looking for a job with more freedom that pays well.

I wanted to switch careers in 2018, so I decided to attend a Lighthouse Labs bootcamp. I didn’t have a tech background at all and had worked 11 years in the finance industry.

Here’s my honest first-hand Lighthouse Labs review; the good, the bad and the ugly. 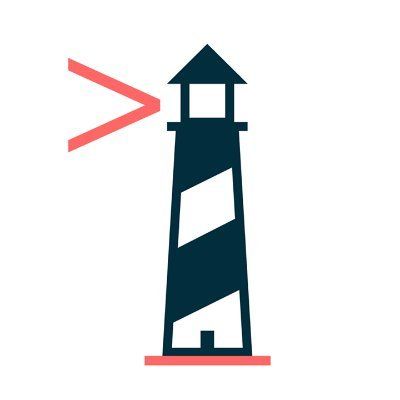 Lighthouse Labs is a coding bootcamp that trains web developers and data scientists for careers.

What is Lighthouse Labs?

Lighthouse Labs was launched in 2013 by a team of software developers to reinvent the way tech education is given to Canadians.

Today, Lighthouse Labs can be found all across Canada. The company has introduced over 20,000 Canadians to coding and helped over 1,000 graduates get their start in careers as professional coders.

Lighthouse Labs is constantly evolving its product offering. When I attended in 2018, there was a Swift (IoS) bootcamp that is now no longer available. Here are the current offerings:

Lighthouse Labs pride and joy is its web developer bootcamp. Here are some quick facts about the program:

It’s hard to find a more in-demand field than data science, which is why I suspect Lighthouse Labs launched this bootcamp in 2019. Here are some of the highlights:

Lighthouse Labs provides 6-week part-time programs with evening classes. Ideal for those looking to dip their toes into the program and learn a little more about coding.

If you’re not sure if you want to make a total career change and commit the time money, consider these less intimidating options:

Is Going to Lighthouse Labs Worth it Financially?

Since this is a personal finance website, let’s talk about if it is a good financial investment to attend a Lighthouse Labs bootcamp.

Anytime you spend more than $10,000 on something, you better do a heck of a lot of research to make sure it’s worth it!

The 2019 Lighthouse Labs Student Outcomes report shows that 93% of graduates are hired within 120 days of bootcamp completion, at an average starting salary ranging between $45,000 – $52,000.

I would say that the graduate hire rate is quite accurate. Unless you were absolutely terrible at bootcamp and have no social skills whatsoever, most people who wanted a job after bootcamp got a job.

The salary range for fresh grads seems a little bit high, and could be skewed a bit towards the upper outliers, but overall it’s pretty accurate. It’s a great starting wage for a new graduate and only 12 weeks of education. Be aware of the internship salary that lots of grads have to take, which only pays $600/week for the first three months.

Lighthouse Labs might cost a lot of money, but a traditional University degree will cost you much more.

With an average cost of $6,463 per year of a Canadian University, a four-year undergrad degree will cost over $25,000 in tuition alone.

On top of that, you have to add books and fees, which will easily push the total to over $30,000. If you need to pay for living expenses, that cost will be much higher, at least an extra $40,000 over the four years.

Given that the average salary of a web developer is quite high and can easily reach $80,000 after a few years from bootcamp, from a purely financial perspective, a coding bootcamp is an excellent alternative to going to a university.

The Lighthouse Labs career services is awesome. The staff is extremely helpful and seem to genuinely care about getting good placements for students.

There are networking events, speed dating with employers, and mock interviews. As far as reputation goes in Vancouver, LHL seemed to have the best business connections out of all the bootcamps.

A quick glance on LinkedIn shows lots of former Lighthouse grads in decent jobs, which is a good sign.

Why I Took a Lighthouse Labs Bootcamp

Onto my story of why I joined Lighthouse Labs. As someone who worked in Finance for over 11 years with his CFA designation, why would I give it all up to start a new career from scratch?

My main motivation was I wanted a job with more freedom.

I felt that with a coding job, I would be able to travel around the world and work, and not be stuck in a cubicle for the rest of my career.

I also wanted to do something I was passionate about. I tried coding, and I did enjoy it. I no longer code today. Here’s how the entire process went, from start to finish:

The interview was straightforward, they called me for an interview on my motivations and why I should be accepted. I actually hear the acceptance rate is quite low.

I think what Lighthouse is looking for is passion, past experience, and whether or not you will be able to handle the bootcamp as it is very intense.

After I got accepted, I was given some prep work to do. It’s a bunch of coding challenges to do, and I enjoyed it.

The size of my cohort was tiny, with only seven students. The first week wasn’t too hectic, but the second week gets much harder as you get to code your “real” first app. I was at the bootcamp for at least 12 hours a day.

And it doesn’t get much easier for the remainder of the bootcamp, with several more apps to code, and group projects also.

As someone with no coding background, the mid-term was the most stressful part for me. I felt frustrated and overwhelmed. Imposter syndrome is common for coders, which is how you feel like you don’t really know anything compared to those around you, and I felt it strongly.

After that, it got more fun, and by the end, I was amazed at how much I learned. I met so many great people through the bootcamp, some of who are my close friends today.

Demo day was fun, you do a presentation in front of employers and friends and family. We coded a healthcare app and by the end of it, I was so relieved to be finished.

I took a break after the bootcamp, and I wasn’t sure if I wanted to still become a web developer, to be honest. But after my break, I decided that is what I wanted to do.

Out of my small class of only seven students, six of them were hired. I have heard similar stories from other cohorts also, so the hiring percentage is accurate.

I landed an internship with a cybersecurity company making only $600/week for 3 months, then got hired on full-time for $50,000/Year. Although this was much lower than my previous salaries, I believed that it was my path to remote working so I was happy with that amount to start.

After only four months into my job, I was laid off due to a lack of funding for the company. I was stunned and disappointed, but I understood. At this point, I decided I didn’t want to work for someone else anymore, started my writing career, and never looked back. Today, I am traveling and working around the world, with no boss to answer to.

I always get asked if I regret spending all the money and time to go to a coding bootcamp at Lighthouse Labs. And I always tell them no, I don’t regret it at all. Overall, I am happy I went.

I learned tech and problem-solving skills, which I’ve used in other areas of my life such as building this website.

I met so many wonderful people that I still stay in touch with today. I admire people in tech and believe them to be full of smart and interesting characters.

And best of all, I was able to pinpoint exactly what I felt was missing from my career, and pursue that instead. I was really looking for a way to work remotely from anywhere, doing something I liked. I found my passion by going back into the finance field, as a writer this time.

A competitor of Lighthouse Labs is CodeCore. Although the program is cheaper and the instructors seemed legit also, I went with Lighthouse Labs because they seemed to have better business connections, and a robust Student Outcomes report.

Job data is so important, and LHL seems to recognize that. So in the case of CodeCore vs Lighthouse Labs, I chose LHL.

You Should Go to Lighthouse Labs If:

Don’t Go to Lighthouse Labs if:

I hope that reading this first-hand review will make your decision to attend Lighthouse Labs a bit easier.

Let me know if you’ll give Lighthouse Labs a try in the comments below!

2 thoughts on “Lighthouse Labs Review 2023: A Former Student Reveals All”