Would your finances be able to survive a direct hit if you were unable to work after being affected by a critical illness?

One out of every twelve Canadians lives with a diagnosed heart condition, some of which could one day develop into a critical illness or life-threatening condition.

Heart disease isn’t the only critical illness to worry about either. Cancer, strokes, paralysis, autoimmune diseases and more can all debilitate you, put you out of work, and leave you in a tough financial situation.

Today, I’m going to share my PolicyMe Critical Illness review. It’s one of the top-rated critical illness insurance companies on the market and can provide a lump-sum payment if you’re ever affected by a critical illness during your life. 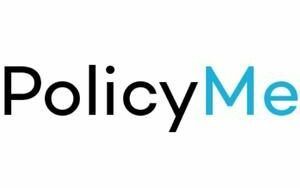 How Does Critical Illness Insurance Work?

Before I jump into my PolicyMe Critical Illness review, let’s go over a few basics. Many still don’t know much about this type of insurance coverage, as less than 10% of Canadians subscribe to a critical illness insurance policy.

Although Canada’s universal healthcare system covers the majority of medical expenses related to a critical illness, the individual affected may still be affected financially. You may find it difficult to keep up with your bills, put food on the table, or provide for your family if you’re stuck in a hospital bed and unable to work.

EI benefits only pay up to $638 per week at max, which often isn’t enough to cover expenses. A critical illness insurance payout can be used however you see fit. Most recipients use the funds to cover out-of-pocket medical expenses or to keep up with their bills while they’re unemployed.

If you’ve been keeping up with Wealth Awesome, you may have seen me mention PolicyMe in regard to life insurance before. The platform is one of the top-rated online life insurance marketplaces and allows customers to compare quotes from Canada’s top insurers.

PolicyMe makes it super simple to get a free quote online and sign up for flexible critical illness coverage. You’ll be able to choose your own policy terms and coverage amounts, which makes it far more flexible than traditional critical illness insurance policies.

Now that you have a better idea of what to expect, I’ll review some of the key benefits of purchasing your critical illness insurance through PolicyMe.

While many of the online services are automated, customers will always have the chance to speak to PolicyMe insurance advisors over the phone in a real-life conversation.

Traditional insurance agents are paid on commission, which means they’re incentivized to sell you the most expensive product that you can afford. This, of course, often ends up in customers paying for way more coverage than they actually need.

By contrast, all of the advice you’ll get from PolicyMe’s insightful advisors is 100% honest, as none of the advisors are paid a commission. They’ll help to pair you with the best policy for you, not for their wallet.

If you take a look at most of the top critical illness insurance providers on the market, you’ll find that the majority of them cover a relatively small amount of illnesses and conditions. This can leave policyholders empty-handed when a severe non-covered illness arises.

PolicyMe’s Critical Illness Insurance policy, on the other hand, covers 44 illnesses. 27 illnesses are covered in full and the remaining 17 are partially covered.

Cancer treatment can be both painful and expensive. The fact that PolicyMe covers such a wide variety of cancers really speaks to how good of an insurer they are.

Insurance agents at typical insurance companies have one goal – to sell you on the most expensive policy. To facilitate this, these companies may only offer limited coverage options designed to push the customer into a costlier policy.

Whether you’re looking for $10,000 worth of coverage or $1 million, PolicyMe offers flexible coverage options with terms that range between 10 and 30 years.

This allows you to select the most affordable policy that offers the best coverage for your unique situation.

Based out of Toronto, Canadian Premier is a giant in the insurance industry. All of PolicyMe’s Critical Illness Insurance policies are backed by Canadian Premier. Backing from such a major company means that customers won’t have to go through as many hoops and hurdles to get the payout that they were promised.

Get a Free Quote Herel

PolicyMe’s Critical Illness Insurance has some great benefits. However, like any other insurance policy, it’s subject to certain drawbacks and limitations. Before you sign up for any policy, you should always be aware of the pros and cons. So let’s take a quick look at the negatives.

If you happen to live past the end of your insurance policy without contracting a covered illness, then you won’t get any payouts and will have spent the term paying into the policy for no tangible reward.

Not Available In Quebec, New Brunswick, or Newfoundland

PolicyMe Critical Illness Insurance is available throughout most Canadian provinces and territories, except for Quebec, New Brunswick, and Newfoundland. If you live in either of these provinces, you’ll need to find a local critical illness insurer.

Not All Conditions Are Covered

Although PolicyMe covered 44 critical illnesses (more than any other provider in Canada), there are still some conditions that aren’t covered. There are hundreds of different conditions that you could succumb to, and if yours isn’t on the list, then you’ll be left empty-handed.

Get a Free Quote Herel

PolicyMe differs from traditional insurance providers in the following ways:

How Much Critical Illness Insurance Is Enough?

If you’re going to purchase critical illness insurance through PolicyMe, it’s important that you purchase enough coverage. Keep in mind that a critical illness could render you unable to work for upwards of a year or more.

While it’s best to get a properly assessed by an advisor, a good rule of thumb is to purchase enough coverage to cover one to two years’ worth of your current salary. However, if you’re still unsure, then you can speak to a PolicyMe advisor to help you calculate the best coverage option for your condition.

Here are a few of the most commonly asked questions about critical illness insurance that are worth looking into if you plan on purchasing a policy.

Can I Cancel My Critical Illness Policy With PolicyMe?

Yes! You can cancel your policy at any time during your term. The need for this may arise if you start working for an employer that offers critical illness insurance as a worker benefit. However, you won’t be able to get the money you’ve paid into your policy back.

How Long Does It Take To Receive A Critical Illness Payout?

The payout period will vary depending on the type of illness you are diagnosed with. Most of PolicyMe’s covered conditions don’t have waiting periods. But conditions such as heart attacks are most likely to have some type of waiting period.

No, critical illness insurance payouts do not count as taxable income and don’t have to be reported on your tax returns.

The Verdict – Is PolicyMe Critical Illness Insurance Worth It?

These days, the future can be uncertain. Even if you’re in good health today, there’s always the chance that you will become ill in the future. PolicyMe Critical Illness Insurance is a great way to make sure that you’re covered in the event that the worst happens and can prevent considerable financial loss.

Deals and Special Offers
Get affordable life insurance quotes in minutes!
GET OFFER
Get a 2.25% high-interest savings rate - over 100X more than a big bank!
$5 Signup Bonus
Create a legal Will online in minutes
GET OFFER
Must-Reads
How to Pay Less Tax in Canada
Best Life Insurance Companies in Canada
Simple Ways to Avoid the OAS Clawback
Best RRSP Accounts in Canada