The retail landscape around the globe is changing quite radically these days, thanks mostly to e-commerce. But many of the fundamentals still remain relevant.

A well-established network of physical spaces that used to be an approachability advantage is now also a supply chain advantage.

This means retail investments like Canadian Tire stock are not still relevant; they might just be gearing up for the next phase. 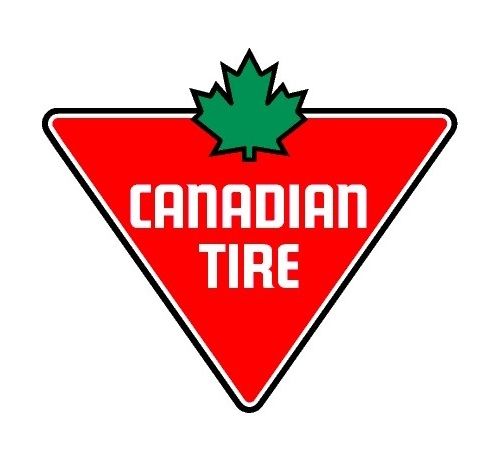 Canadian Tire can be a great choice for its dividends and capital appreciation potential, but let’s dive deeper into the company to understand whether it can be considered a long-term evergreen holding.

Canadian Tire can trace its roots back to 1922 when two brothers, J.W. and A.J. Billes, bought Hamilton Tire and Garage – A vehicle service and auto parts shop, for just $1,800. It got the name Canadian Tires in 1927.

The company focused on competitive pricing and grew larger at a powerful pace. It started franchising soon, and by 1940 there were 100+ CTC locations. After the war, the company expanded into leisure gear.

In 1958, CTC opened its first gas bar and, to compete with energy giants, printed its own money for in-store rebates in 1961. That’s where its characteristic reward system was born.

The company then started its own bank in 2003 and REIT in 2013. It also made some major acquisitions in the 2010s, which significantly increased its presence.

Canadian Tire is the 6th largest retail company in Canada, just behind Metro. Its network of around 1,741 is impressive not just for its sheer size but because of the placements.

A vast majority of the Canadian population lives within 15 minutes of a Canadian Tire Store.

Its retail business consists of multiple brands, starting with Canadian Tire itself. It also owns SportChek, the leading sporting goods retailer in the country by a significant margin (with its 191 locations).

The financial services wing of Canadian Tire has enough reach to be considered a separate bank.

It has 2.1 million active customers (Credit cardholders), and over 10 million Canadians take advantage of the Canadian Tire loyalty/reward system.

Simply put, Canadian Tire has a massive and diversified presence.

Since the company has one of the most efficient reward systems and an engaging loyalty program with decades of data and consumer purchase patterns, it was well-positioned to move that advantage to the digital landscape.

The nature of the retail goods is another reason it’s likely to stay sheltered from an e-commerce boom bringing many no-name businesses into the same space.

Payout Ratio: The lower the payout ratio is, the more “room” there is for the company to grow its dividends.

This number has remained quite healthy over the past decade, so if it’s much higher than its historical average, you may anticipate a lower than usual dividend growth for the year.

Price-to-Earnings & Price-to-Book: It’s a good choice for its capital appreciation potential but not a top-tier growth stock, so the better the valuation (and ideally price discount as well) you can buy it at, the higher your chances for growth will be.

Even in the last five years, when the dividend growth slowed down, the appreciation has been quite decent (37.5%).

And the dividends are brutally stable. The payout ratio hasn’t grown past 50% in the last decade and stayed below 30% for three out of the past ten years.

Since the great recession, Canadian Tire’s long-term capital appreciation potential has been quite decent. In the 13 years between 2009 and 2022, the stock grew almost 370% – average annual growth of 28%.

But even if the stock offers half that growth (about 14% a year) in the next two or three decades, it can prove to be a powerful asset in your portfolio.

If we consider the stock’s current valuation, its competitive advantages, and a healthy market for its products, the stock is highly likely to continue at its current pace, and a conservative estimate for 2025 (year-end) would be somewhere between $250 and $300 per share.

Canadian Tire Stock vs. Metro Stock: Metro stock has a much higher market cap compared to Canadian Tire, but it’s not as well-diversified (from a business model perspective).

However, it deals in two evergreens: Food and medicine. Its network is slightly more extensive, but it’s predominantly local (Like CTC’s).

It’s a much older aristocrat and offers a significantly lower yield compared to CTC but a slightly higher long-term growth potential.

However, it faces significant competition in the food/grocery space, where two brands are ahead of it in the market presence, whereas CTC rules in multiple market domains as the top brand.

From a business overlap perspective, the three main competitors are Rona (which is no longer publicly traded), the home depot, and Walmart.

These two are US-based chains and powerful holdings (if you are open to buying US stocks), but it wouldn’t be a fair comparison as they are both massive compared to CTC in international market presence, market cap, revenue streams, and several other metrics.

Q-1: Is Canadian Tire A Good Stock To Buy?

Ans.: Yes. Canadian Tire is a well-established dividend aristocrat with a decent yield, and it grows its payouts at a good rate as well. It also offers strong capital appreciation potential.

Ans.: Yes. Canadian Tire can be considered a good long-term investment based on its distinct competitive advantage, market penetration, loyal consumer base (thanks to an efficient reward system), strong financials, and amazing return potential (Capital and dividends).

Canadian Tire stock is a solid long-term investment. It’s stable and offers returns via both dividends and capital appreciation.

However, it’s not volatile and fast-paced enough (nor is the yield usually too high) to be of much use if you are only planning on holding it for two or three years unless you are betting on recovery-fueled short-term growth.

For long-term value investors, Canadian Tire Stock gets a confident WealthAwesome thumbs up