Experts recommend saving for college when your child is young, so your money has the opportunity to grow. Deciding where to put that money often makes all the difference.

Knowledge First RESP is a large government education savings plan, but is it one of the best places for your money?

Knowledge First has been embroiled in some controversial lawsuits, with many people wondering if it is a scam or if the company is legit.

After doing thorough research on the company, I’ve found that it does have some benefits but might not be the right fit for everyone.

I cover the controversy of Knowledge First and more below. 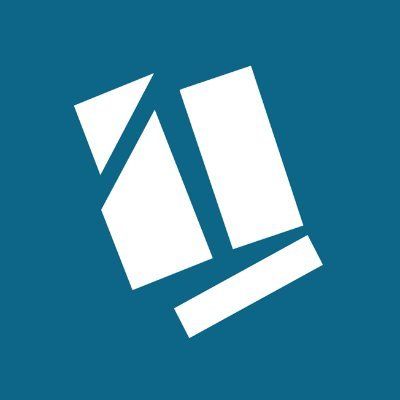 Knowledge First helps you save money for college, all while being tax-free.

Knowledge First is Canada’s largest registered education savings plan (RESP). The company’s been around since 1965 and manages over $7 billion in assets.

The company manages RESPs for more than 60,000 students planning for their higher education.

Group RESPs have recently been in the spotlight, but not in a good sense. The Heritage Group, another RESP, had its reputation tarnished because of customer complaints.

In 2018, Knowledge First purchased the Heritage Group. The Toronto Star reported that the number of complaints after the sale decreased significantly.

However, that didn’t stop other troubles from following the company.

In March 2021, a class-action lawsuit was filed against Knowledge First and other group RESPs, alleging that sales charges and enrollment fees are unlawful and abusive.

Knowledge First responded in a press release that stated, “We pride ourselves on acting with integrity in all that we do and hold ourselves to highest ethical and regulatory standards in order to better serve our customers.”

While the lawsuit is only limited to Quebec, it could provide precedent for other provinces to file similar lawsuits. It could also allow security regulators across the country to review group RESPs fee structures.

While Knowledge First has had its share of issues over the years, many people still invest in group RESPs. Here’s what the company has to offer.

Knowledge First includes plan choices from the Heritage Group and its own. The Flex First RESP plan allows families to pick how much they want to contribute and how often.

With this plan, you can set up a one-time contribution or ongoing one – the flexibility makes it an attractive option.

The Family Single Student Plan (FSSP) is no longer available for new customers, but during the acquisition of the Heritage Group, those plans automatically transferred to an FSSP.

A huge benefit to a RESP is its tax savings. While you can’t deduct your contributions from your income, your gains made on the investment aren’t subject to capital gains tax.

When you withdraw the money, it’ll be taxed as income for the student. However, students tend to be in the low or no tax bracket, making the amount due on the small side.

Most students will also be able to offset the income against other education credits.

You can find yourself with a huge tax bill if you prematurely withdraw from the plan or close the account altogether.

At that point, you’ll forfeit any grants you received. In addition, you’ll need to pay tax on your gains, as well as a 20% penalty.

When you have an RESP, you’re eligible for government grants. More specifically, you can receive 20% of the first $2,500 you contribute annually. That’s $500 per year, up to the lifetime limit of $7,200.

There are additional grants available, many focused on low-income families, as well as specific provincial grants. Do your research ahead of time, so you know what to expect before opening an RESP.

The money in your plan isn’t just for tuition. You can use it for room and board, books, transportation, and other expenses.

Qualified programs need to be at least full or part-time, a minimum of three consecutive weeks in duration, and provide a minimum of 10 hours of instruction per week.

Sales Charges and Other Fees

The downside to Knowledge First’s RESP is its fees. The plan immediately charges a sales fee needed to pay your sales rep’s commission.

According to Knowledge First, all of your contributions go towards paying off that charge first, with 0% going towards investments.

In addition to the sales charge, there are other fees added by the company.

These fees could cut a big chunk out of your regular contributions and are part of the reason for the class action lawsuit against them.

Many big banks like Scotiabank, RBC, and TD offer RESPs for much lower prices than a private scholarship plan dealer like Knowledge First.

As stated above, Knowledge First will hit its customers with a large sales charge that gets paid upfront before investing any contributions. That’s not so with banks.

There aren’t usually any annual fees associated with opening a RESP at one of the financial institutions. However, you may have to pay certain investment fees when you buy or trade a stock or mutual fund.

One look at any website with user reviews, and you’ll see that Knowledge First isn’t a customer favourite. In fact, there are very few positive reviews out there about the company.

To get started, many users are furious that their plans have made little money after years of contributing. Most cite astronomical fees as the reason. One user even said they would’ve saved more money by “keeping it under the mattress.”

Other reviewers advise to get a RESP, just not a group RESP and not from Knowledge First.

There are testimonials on Knowledge First’s website, and most deal with their customer service and sales representatives. The reviewers seemed pleased with their experiences dealing with these experts.

So while their website gives gleaming reviews, other sites suggest that Knowledge First isn’t exactly a fan favourite.

Many reviewers find themselves aggravated by the company’s sales charges and its lack of investment growth.

Customers of the company said they had a hard time transferring or closing their accounts and lost a good chunk of their money in the process.

Is Knowledge First a Scam?

Knowledge First has been around for years and isn’t a scam. The issue many people seem to have with the company is the fee structure.

It’s typically higher than most banks, and customers have argued that the returns on their investments are lower than expected.

While Knowledge First can help you set money aside for college, the reviews for the company aren’t sparkling. I suggest doing your own research and learning about the company before investing.

If you want to learn more about the Heritage Group, the group RESP Knowledge First purchased, check out that story here.